We craft data-driven communications recommendations and implement them as well. Our digital amplification technology team are ready to effectively deliver your messages online and offline. Dr. Robin Michael Garcia is a Shanghai-educated political scientist, professor, and the CEO of WR Numero Research. He is currently an Assistant Professor at the Political Economy Program of the School of Law and Governance of the University of Asia & the Pacific (UA&P).

Aside from being invited to speak all over the world, Dr. Garcia has also contributed thought leadership in print and news media both locally and internationally. He appeared in The National Interest, Eurasia Review, Rappler, CNN, Inuds News and Bloomberg Mongolia among others. He has also advised top government leaders, diplomats, and multinational companies on political economic developments in the Philippines.

At just 27 years of age, he obtained a Doctor of Philosophy (Ph.D.) in Politics and International Relations degree from the School of International Relations and Public Affairs (SIRPA) of Fudan University in Shanghai, China where he was distinguished with the Dean’s Award for Academic Excellence in 2017. He also holds a Master of Public Administration major in Public Policy from the University of the Philippines’ National College of Public Administration and Governance (UP-NCPAG) in 2013, as well as a BA in Development Studies from De La Salle University 2010 where he was awarded the Gawad Magaaral Award.

Head of Data and Technology

Leo Lofranco is a US and EU educated computational biologist and software engineer. At WR Numero Research, he leads the data analytics research and technology functions of the firm. Previously, he was a partner and chief technology officer at Warwick & Roger where he developed a proprietary sentiment analysis software and helped build data analytics practice of the firm.

Leo was a Research Fellow at Harvard University analyzing large data sets on pharmaceutical and biological information and subsequently an Erasmus Mundus research scholar at the University of Genoa’s Department of Medicine in Italy. He obtained a BSc in Life Sciences from the Ateneo de Manila University.

He has significant experience with technology start-ups. He helped found Muber, an online marketplace that connects buyers of hard-to-find items with travelers who can buy and deliver, and pitched the company in Silicon Valley before helping incorporate in Delaware, United States. 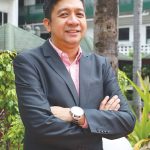 Head of Research and Fellow

Prof. Cleve Arguelles brings years of experience as a political scientist. His research examines contemporary challenges of developing democracies and enduring autocracies in the Philippines and Southeast Asia. His work on disinformation, populism, and the global rise of China has been well received by many people and institutions in the industry who awarded him research grants. These include the Asia Democracy Network, Central European University Budapest Foundation, and the UN Development Programme.

He is a PhD candidate at The Australian National University, and an Assistant Professional Lecturer at De La Salle University.

Dr. Ador Torneo has extensive experience in public sector reform, performance management, international migration, emotional labor, and the use of data in development and governance work.

He is the Director of the Jesse M. Robredo Institute of Governance and a Full Professor of the Department of Political Science, at the De La Salle University in Manila. He is a development and governance researcher and practitioner with a substantial research portfolio and extensive experience in capacity building, monitoring and evaluation, and public policy research in the Philippines, the ASEAN region, and South Korea. 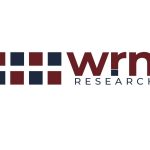 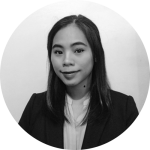 Abby Guevarra is an experienced project manager and analyst and currently serves as Senior Associate for Accounts at WR Numero Research. She has worked in both private and public sectors, as well as international development agencies such as the International Labour Organization (ILO) and The Asia Foundation (TAF).

Her main research areas are labor policies, specifically on occupational safety and health, labor migration in Southeast Asia, and comparative political economy. As an analyst, Abby uses political and economic concepts and theories to make sense of statistical data in providing policy actions and forecast of sociopolitical trends, as well as strategic communication measures. 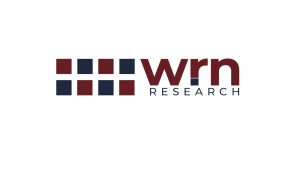 With extensive experience in information retrieval and overhauls, Chuck Pineda handles the analytics and daily logistics operations of WR Numero Research as Senior Data Analyst. He has previously worked for the International Organization for Migration (IOM) as an Information Management Assistant. Chuck gained his Bachelor of Science in Mathematics from the Eastern Visayas State University.

As Senior Data Analyst, Iza Caingcoy is responsible for maintaining the assets of the analytics operations, as well as data gathering and resource mobilization. She has worked in an accounting firm while finishing her Bachelor of Science in Mathematics at the Eastern Visayas State University prior to joining WR Numero Research.

Camilla Rochel Perez has a background in data analysis and data presentation. She obtained her secondary education at the Philippine Science High School Eastern Visayas Campus in 2018 and is currently studying at the University of the Philippines Visayas Tacloban College.

She focuses her research work on scientific, political and economic issues. Camilla scrutinizes public controversies and applies social and political ideologies to interpret data within the given parameters.